A collection of minor things: 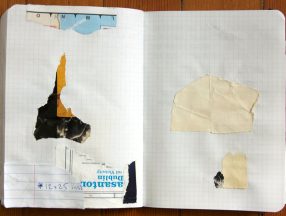 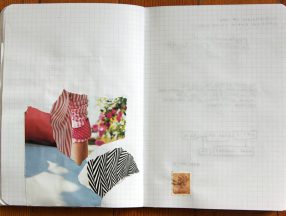 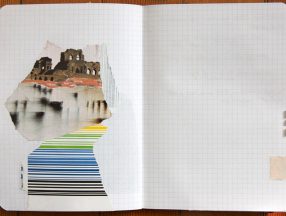 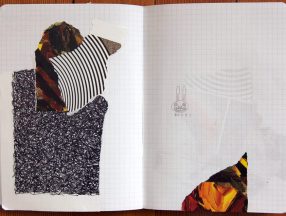 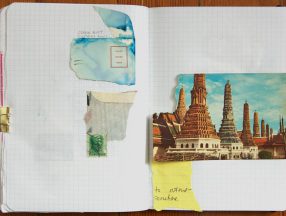 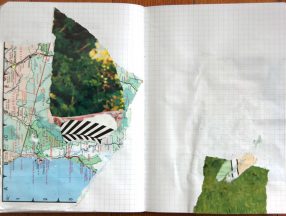 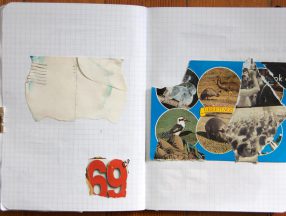 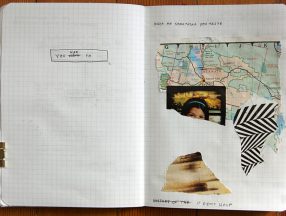 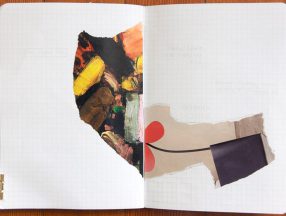 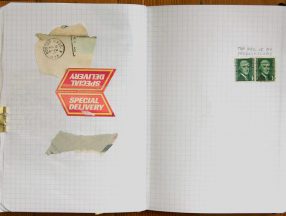 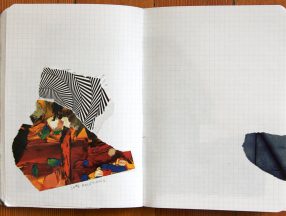 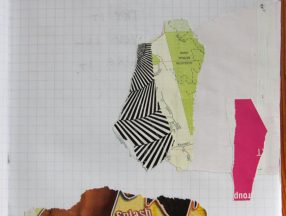 The year of making things is not quite halfway over, and despite all appearances to the contrary the daily toiling has continued unbroken. (But has become sooo dull.) The preceding two months were a bit of a creative doldrums, marked by a few ongoing projects (most yet to be completed) but not a lot of enthusiasm for the one-off projects that form the basis of the thing-a-day. A lot of “professional” ($$$) projects (as I attempt to stay on the correct side of the economy) means multi-step art ideas tend to get relegated to a revolving back burner.1 But it’s hard to muster enthusiasm for the simple and one-off projects when they exist solely to meet a daily quota, which is why my sketchbook is getting cluttered with rushed “formal studies” that don’t relate to larger ideas (to my knowledge), and make me feel like an asshole who is rushing my homework that I assigned to myself.

Given enough hindsight, there always seem to be ideas that can be pried out of all those half-baked collages. If anything it seems like less time to actively engage with larger subjects (like: how dumb art is as a concept) means a lot of the work continues in the background, and I hope that I emerge on the other side of this year with a better unconscious understanding of my own work. And perhaps, after all, these half-baked collages are merely part of the suck that must be burned through as quickly as possible. In which case, I’m glad to be rid of them.

What is the lesson to be learned?
It was not a lack of inspiration (whatever that is) so much as a lack of enthusiasm for the work pattern I’ve established. And while working without enthusiasm is not a viable strategy for longevity in the arts, as I’ve noted there is almost always a “someday” value in the work that gets produced, particularly if its failure is so lurid or self-evident. And with regard to a lack of enthusiasm, the answer is always to bust the cycle. More on how this cycle will be busted when I figure it out.

One of the ongoing projects that has negatively impacted both breadwinning and artwork is the redesign of this website, which I’m flipping the switch on with this post. The previous design only lasted for about a year, and despite my initial enthusiasm for it, it started getting on my nerves within months. (I still think it’s nice as a non-portfolio blog template, and I may release it as a wordpress theme when I have the time to clean it up.) My intention with this reboot was to create a more professional-looking space that would allow both for larger images and for the individual works to have a little more breathing room: less competition from visual clutter, funny ha-ha’s and excessive personality. I also wanted to experiment with designing and programming a strict horizontal and vertical grid, including using flexible ems–rather than pixels–as units, and not just because it’s so popular to do so. Once the grid is established the initial stages of programming are much easier, with less fiddling to get elements to look appropriate in their places. But the vertical grid is still almost impossible to actually achieve, since it’s immediately broken by borders and horizontal rules (and the variable heights of images), and the hacks required to make it “technically correct” are so tedious and lame that I gave up on an exact vertical grid almost immediately. So it’s a somewhat half-assed use of vertical rhythm and ems, but the framework is there to make a lot of improvements if I ever feel like doing anything ever again.

It will take a while to go back through older posts and take advantage of the new image size, but I hope to do so.